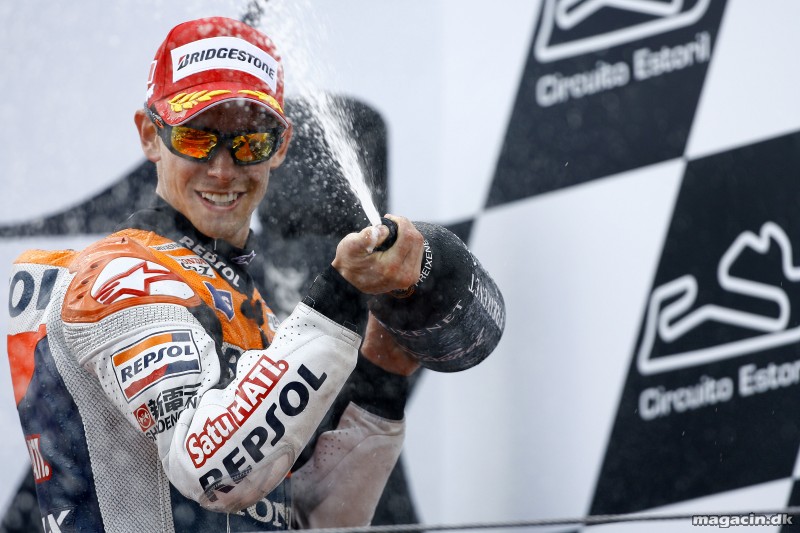 Stoner udtaler til MotoGP.com: “After a long time thinking, a lot of time talking with my family and my wife, this has been coming for a couple of years now but at the end of this 2012 season I will be not racing in the 2013 Championship. I will be finishing my career at the end of this season in MotoGP, and go forward in different things in my life.

“There are a lot of things that have disappointed me, and also a lot of things I have loved about this sport, but unfortunately the balance has gone in the wrong direction. And so, basically, we won't be continuing any more. It would be nice if I could say I would stay one more year, but then where does it stop? So we decided to finish everything as we are now.”

Jorge Lorenzo said: “It’s a surprise for me, for everyone. I didn’t expect it. I heard the rumours and I thought there was a possibility, but I thought he would continue next year. Now he has told us, it’s not good news for MotoGP I think, but his decision is to live quietly with his family and we must respect his decision.”

Valentino Rossi said: “Yes, it’s a big surprise. I think it’s bad news for all the MotoGP world because at the end of the season maybe we’re losing one of the great riders and a great rival. Is negative, but it’s his own decision. For me it’s very difficult to understand where my retirement news started from, as I never spoke about my retirement. I want to race in MotoGP for the next two years for sure.”